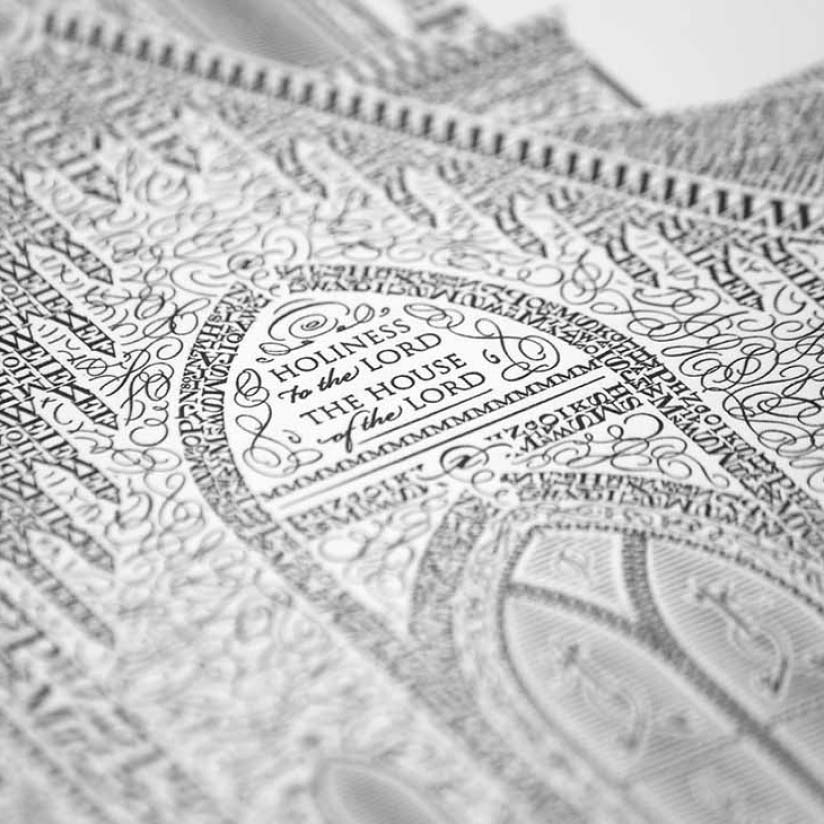 The historic Provo Tabernacle, renovated as the Provo City Center Temple, re-imagined as if designed entirely with type. Handcrafted character by character. Signed but not numbered. The historic Provo Tabernacle was partially destroyed by fire in 2010. Renovation began in 2011 and was completed in 2015. In March 2016 it was re-dedicated as the Provo City Center Temple.